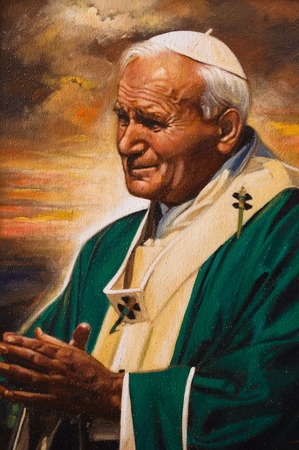 “The trade in human persons constitutes a shocking offense against human dignity and a grave violation of fundamental human rights. Already the Second Vatican Council had pointed to “slavery, prostitution, the selling of women and children, and disgraceful working conditions where people are treated as instruments of gain rather than free and responsible persons” as “infamies” which “poison human society, debase their perpetrators” and constitute “a supreme dishonor to the Creator”. Such situations are an affront to fundamental values which are shared by all cultures and peoples, values rooted in the very nature of the human person. “- St. John Paul II

“In particular, the sexual exploitation of women and children is a particularly repugnant aspect of this trade, and must be recognized as an intrinsic violation of human dignity and rights. The disturbing tendency to treat prostitution as a business or industry not only contributes to the trade in human beings, but is itself evidence of a growing tendency to detach freedom from the moral law and to reduce the rich mystery of human sexuality to a mere commodity.”- St. John Paul II

“Attention needs to be paid to the deeper causes of the increased “demand” which fuels the market for human slavery and tolerates the human cost which results. A sound approach to the issues involved will lead also to an examination of the lifestyles and models of behavior, particularly with regard to the image of women, which generate what has become a veritable industry of sexual exploitation in the developed countries.”- St. John Paul II 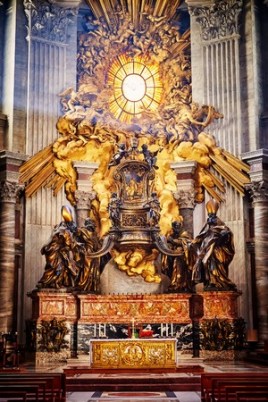 “In her “proclamation of the truth of Christ’s love in society”, the Church constantly engages in charitable activities inspired by the truth of the human person. She is charged with showing to all the path to conversion, which enables us to change the way we see our neighbors, to recognize in every other person a brother or sister in our human family, and to acknowledge his or her intrinsic dignity in truth and freedom. This can be clearly seen from the story of Josephine Bakhita, the saint originally from the Darfur region in Sudan who was kidnapped by slave-traffickers and sold to brutal masters when she was nine years old. Subsequently – as a result of painful experiences – she became a “free daughter of God” thanks to her faith, lived in religious consecration and in service to others, especially the most lowly and helpless. This saint, who lived at the turn of the twentieth century, is even today an exemplary witness of hope for the many victims of slavery; she can support the efforts of all those committed to fighting against this “open wound on the body of contemporary society, a scourge upon the body of Christ”.”- Pope Francis

“I take the opportunity to raise my voice on behalf of childhood: let us take care of children. We must love them and help them to grow. I say this to all parents, but also to institutions. In making this appeal, I think of the children in all parts of the world, especially the most defenseless, exploited, or victims of abuse. I commend all children to the Sacred Heart of Christ, Who said: “Let the children come to me” (Lk 18:16).”- Pope Benedict XVI

Catechism of the Catholic Church

The seventh commandment forbids acts or enterprises that for any reason – selfish or ideological, commercial, or totalitarian—lead to the enslavement of human beings, to their being bought, sold and exchanged like mer­chandise, in disregard for their personal dignity. It is a sin against the dignity of persons and their fundamental rights to reduce them by violence to their productive value or to a source of profit. St. Paul directed a Christian master to treat his Christian slave “no longer as a slave but more than a slave, as a beloved brother, . . . both in the flesh and in the Lord.”

Human trafficking will never be truly defeated without eliminating the consumerism that feeds it and prosecut­ing those actors in receiving countries, including our own, that benefit because of the exploitation of vulnerable human beings. …

Human trafficking is a horrific crime against the basic dignity and rights of the human person. All efforts must be expended to end it. In the end, we must work together—Church, state, and community—to eliminate the root causes and markets that permit traffickers to flourish; to make whole the survivors of this crime; and to ensure that, one day soon, trafficking in human persons vanishes from the face of the earth.

At the Bakhita Foundation, we work towards helping those bound by sexual slavery and addiction to find freedom in Christ. We stumbled upon this inspiring video and realized that it provides a glimpse into our understanding of how the freedom of Christ makes us new. We hope it inspires you too!

The Spirit's Freedom from 4PM Media on Vimeo.

"The Holy Spirit brings freedom from fear, anger, and the past. Many are slaves to anger, envy, jealousy, comparisons, and addictions. You do not have to live your life like that." At the Bakhita Foundation, we have been inspired by this video series on the Holy Spirit called The Wild Goose is Loose. www.thewildgooseisloose.com